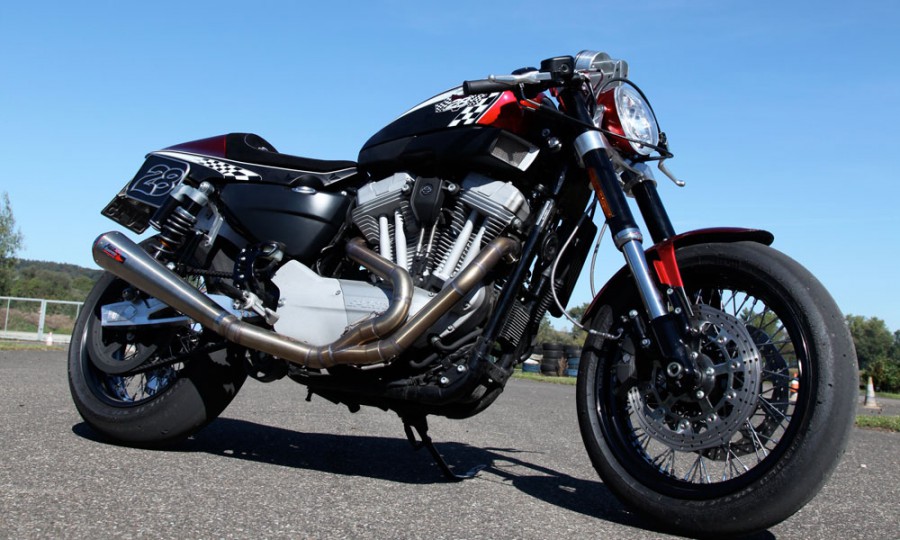 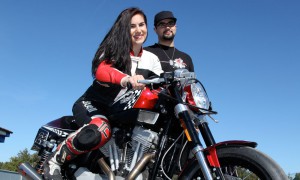 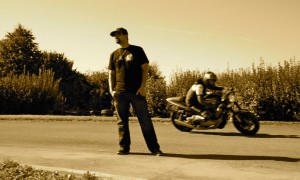 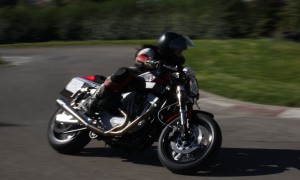 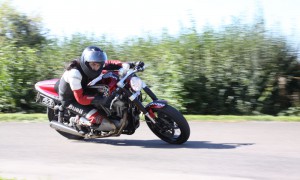 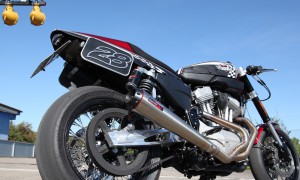 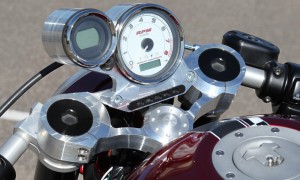 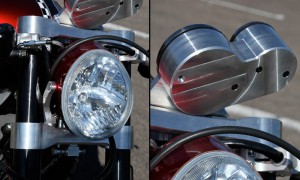 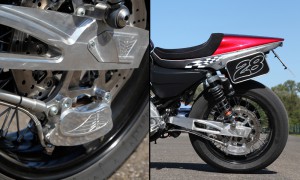 
The older ones among us will still remember that in the 90s there was a Harley-Davidson Sportster Cup, which was held on many race tracks in Europe. Men without nerves raced for glory on modified Sportys according to a strict set of technical rules, where the focus was on the rider and not just the technology.

years later Fabian Müller, son of the ex-racer Werner Müller rummaged through old documents and discovered in the corner of his father's barn, an old, dusty Cup Sportster with the number 28. Now it was time to build a new project for various fairs and exhibitions and Fabian was clear, it had to be a Sportster XR 1200.

So the project was planned with his race-experienced father, who obviously enjoyed making something even sportier out of a good base and also designed some prototypes for the new Sportys. In the meantime also Eva, the sister of Fabian got wind of the project. As a Buell rider with a passion for rings, she brought more ideas into the XR, so that it should become a complete family project.

First the 2010 Sporty was disassembled down to engine and frame and measured. Together they set to work to design a new, 3-piece aluminum swingarm that looks better than the original and is also more stable. Meanwhile, they made two new spoked wheels in 5.5 x 17 for the rear and 3.5 x 17 for the front to give the XR a certain classic style. For the test rides and for show purposes they mounted a set of Pirelli slicks without street legal, simply because it fits the style and yes it looks pretty cool.

The rest, however, is as one is used to at Müller, again "Street Legal" and serves as a template for a series production. So a special XR triple clamp was milled, on which now sit superbike stub handlebars, which fit perfectly to the style of the XR. The dip tubes remained standard, only as damping the old fox installed other damper inserts that respond better. In order to be able to continue using the original fittings, a new speedometer holder was made which now, as befits a race bike, positions the rev counter exactly in the rider's field of vision and accommodates all the indicator lights.

Up to this point, the father was allowed to have his say and then the secret phase of the project began in the Müller house. Fabian ordered a Storz rear end, similar to the one used on his father's racing bike, and a modern Race Spirits exhaust system, which is very close to the old Cup system. The front fender was modified and a Müller 6-piston brake was installed at the rear. In the front, Fabian says there was not enough time to design new brackets for a Müller brake, so they had to make do with the new Müller brake discs and original calipers.

A V-Rod headlight and new mounts were added to the front, an R&R taillight to the rear, and because the bike is supposed to be street legal, a set of small turn signals were added to the front and rear. Until the end, the paintwork was kept secret and the number plates with the old starting number 28 were hidden from Werner Müller. When the bike with the classic check pattern, the Müller logo and the number 28 was presented at a family party, even the old warhorse Werner's knees went weak and he knew that he had made the right decision to bring his son into the company and to give him free rein with the new projects.

The only thing the bike still has to survive is the ultimate driving test by daughter Eva. We were there for that and after a few adjustments to the White Power shocks, Eva was also very happy with the result of the "28" project. She hammered the Sporty around the corners so hard it made the old man dizzy and he just remarked dryly, "If I had been that light, I would have gone just as fast."

When asked how time-consuming such a conversion is, Fabian replied: "Once you have designed the parts and the data is in the computer, production is a routine job, just like everything else we produce. Such a conversion is then also relatively fast to complete and you make a real racer out of the XR. But we were extremely busy for 6 weeks because every part had to be redeveloped and partly hidden from dad."

When looking at this Sporty, one thing is clear, such a Sporty Cup would have to come back.