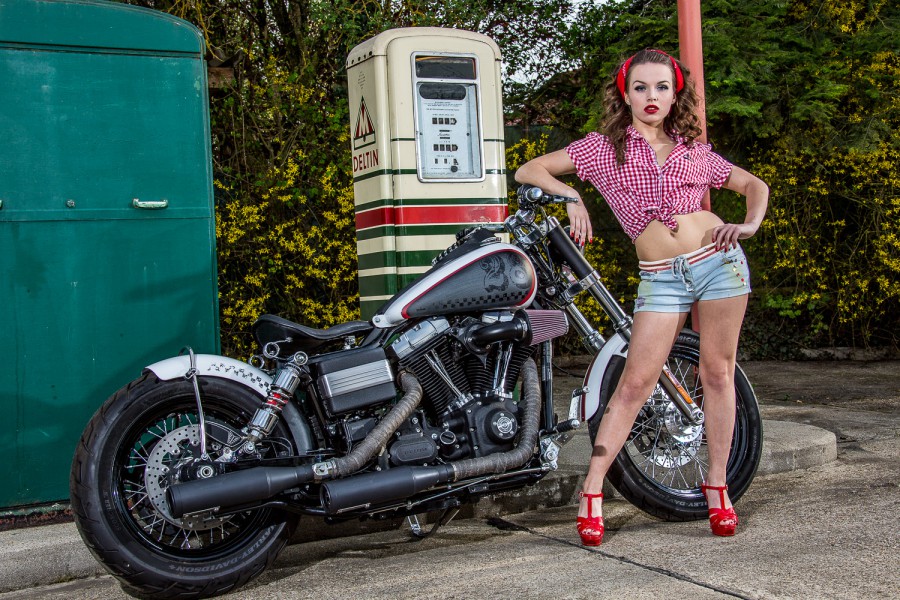 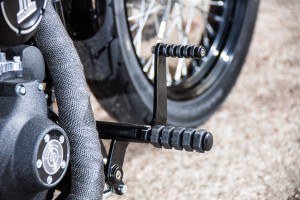 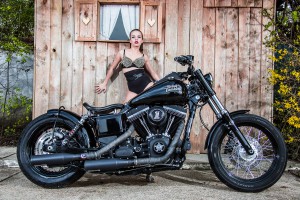 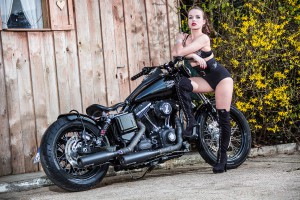 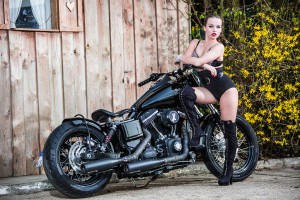 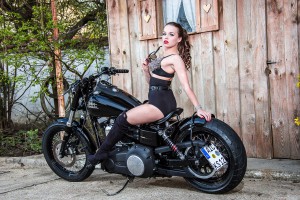 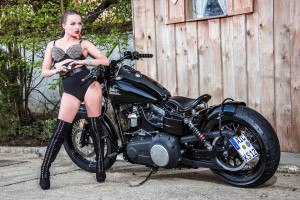 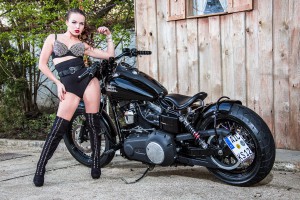 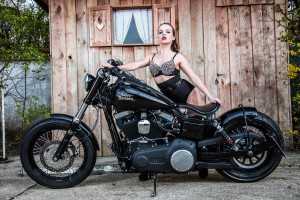 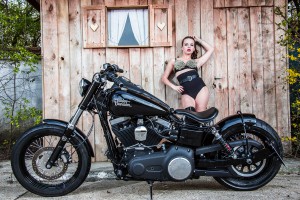 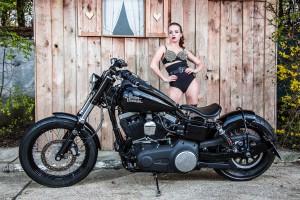 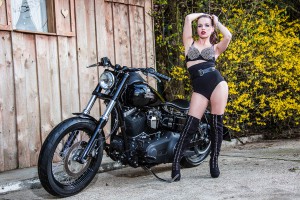 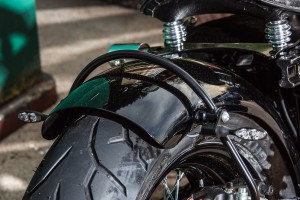 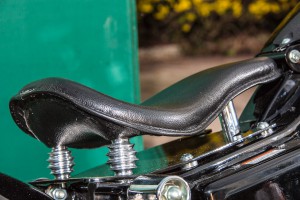 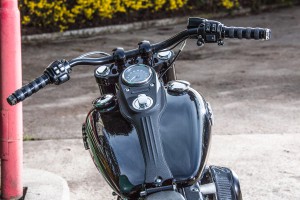 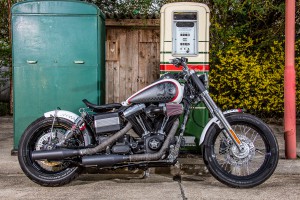 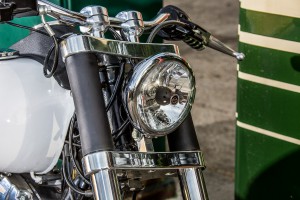 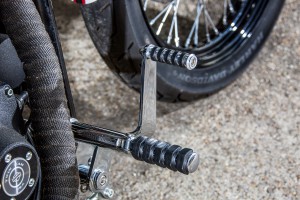 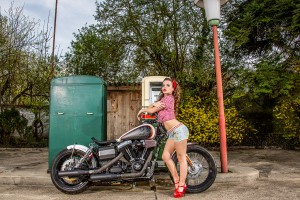 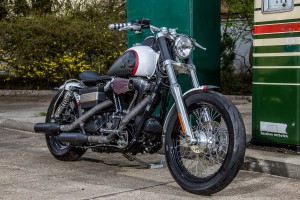 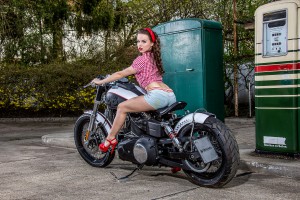 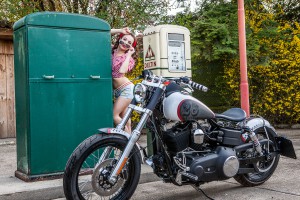 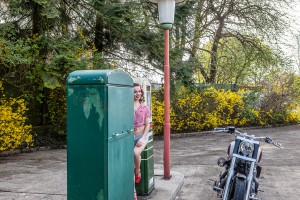 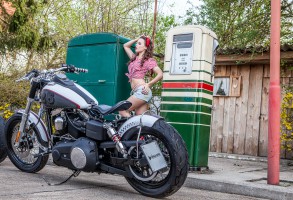 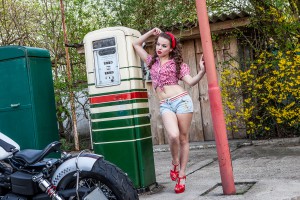 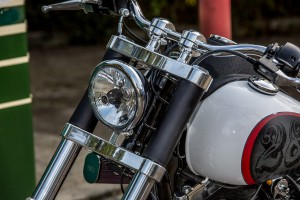 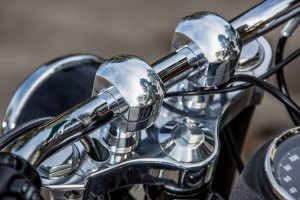 What happens when someone is totally into a Dyna, but doesn't want a 1:1 copy of the original. For the team at Müller Motorcycles, that's no problem; they simply make a counterpart in black and can thus also accommodate one or two of the customer's special requests. The result is unequal twins, neither of which can deny their origins.

Müller Motorcycles is certainly one of the dinosaurs in the custom bike industry in Europe. The company, which was founded in the eighties by Werner Müller, owes its good reputation to countless custom parts that have been developed and produced here in recent years.

In the meantime, the second generation is waiting in the wings to bring a breath of fresh air to the tradition-steeped family business. The constellation could not be better, because while Werner Müller can now concentrate fully on the development of new products, daughter Eva Maria, as a business economist, is responsible for marketing, among other things. Son Fabian leads the production team as master craftsman and design engineer.

With a lot of energy and heart blood a first image film BUILT WITH PASSION was produced in spring about Müller Motorcycles, which is to convey above all the enthusiasm with which parts and whole custom bikes are produced here. The focus is, how could it be otherwise, the bikes from the own production. With the "Chica Bonita" we have already introduced you to a protagonist in 2013 and on these pages now follow two more main characters from the Müller Motorcycles Movie.

What at first glance appears to be a mismatched pair, reveals at second glance that the two have more in common than a Dyna model as a basis. The possibilities for building two completely different bikes from the company's own catalog range alone are almost limitless. Especially since the company from Bavaria has fully equipped workshops, including numerous, state-of-the-art CNC milling machines.

However, this order was not about creating an individual one-off piece, but rather, as mentioned at the beginning, the brief was to put exactly such a bike as the white one on the wheels. Anyone who knows the Müller's also knows that you haven't ended up in a copy shop here. And even their own bikes are not copied one-to-one here. On top of that, they know from experience that the longer a customer deals with his or her personal project, the more individual wishes are conjured out of the hat.

One thing that both have in common right from the start is the limited budget. Of course, with Müller, for a lot of money, you can expect a lot. The art consisted this time, however, with very few bugs to realize an appealing conversion. In addition, both bikes should be rideable and have maximum everyday usability. Just at this point Müller Bikes wait with a small, almost invisible detail, which facilitates the operation in stop and go traffic just as the constant shifting on winding mountain passages and country roads. The Power Clutch, which Werner Müller developed years ago, significantly reduces the forces required to operate the clutch lever. An aching left hand after extended tours should thus be a thing of the past.

At the front end, both have another common feature that you should look at a little closer. The triple clamps were milled from the full block and provided with additional sleeves , which provide a much more solid appearance. The risers were also made on our own CNC mill and raise the Fehling steering tube by 50mm. For those looking for the throttle cable, Werner Müller has developed a complete kit that makes it relatively easy to route this into the handlebar tube. And of course, this feature may not be missing on these bikes.

On both, Bitubo shocks provide ride comfort and the right ground contact. Likewise, a crisply short tail section from Penz Custombikes was installed on both, which was once again adapted by Müller. A treat for the eyes and ears is also the Kess-Tech exhaust system with electronic adjustment mechanism. Via servo motors, the volume level is thus always adjusted to the maximum value prescribed by law. The blowpipes have an EG-ABE and can therefore be used in road traffic with a clear conscience.

The fact that a fresh wind has been blowing at Müller Motorcycles for some time has long been clearly noticeable on the outside. Above all, however, the announcement makes us curious that more custom bikes will be built in Königsmoos, Bavaria, in the future. So we can be curious about what will be rolled in front of our lenses in the future.