Review "Biker Built Of" at the CUSTOMBIKE SHOW 2015 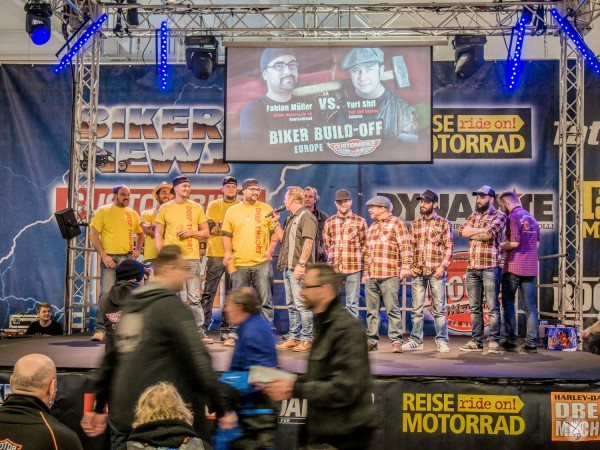 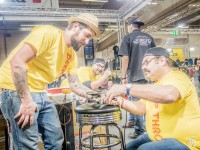 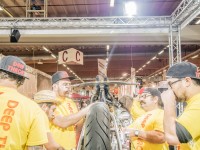 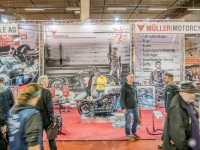 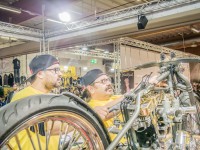 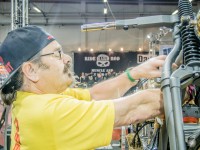 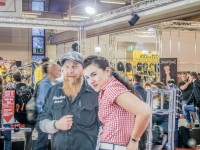 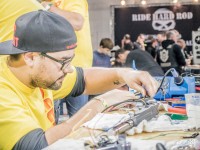 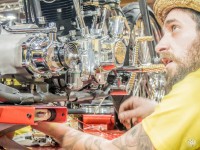 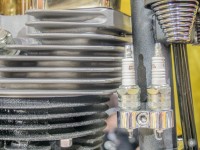 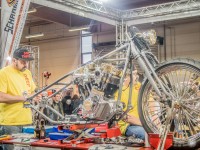 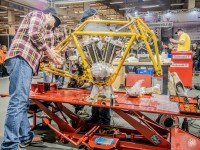 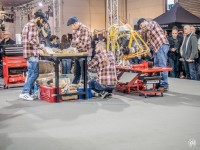 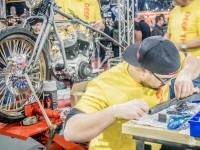 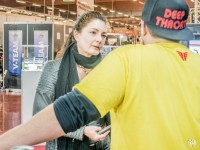 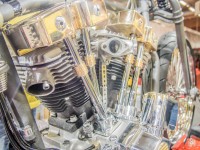 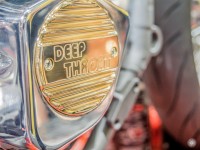 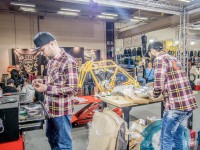 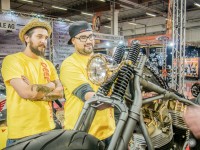 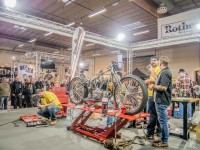 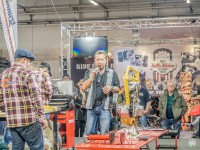 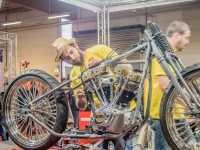 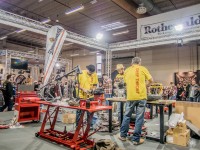 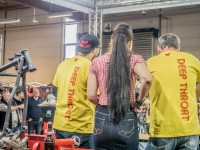 A report by Eva-Maria Daferner

Man o Man, what a weekend that was! When we think back on it, our knees start to shake again. But from the beginning! As many of you have heard, we took up the challenge this year and applied for the "Biker Built Of". The deciding factor was a good buddy of mine (Eva), for whom we were supposed to build a custom bike. Basis was a 52 Panhead on 23" TTS Big Spoke rims with Springer fork. When the rolling chassis was standing around on our stage, we all knew pretty quickly: "this is going to be something big".

I don't know how many hours and evenings we sat together over a beer and pondered what we would do with it and how we would do it. The wildest ideas were spun. First the engine question had to be clarified. We decided on a solid, good Shovel. Also because we absolutely wanted to install the 3D milled rocker boxes from "Chopper Kulture" made of pure brass and the things are simply the hammer. Also the headlight and taillight were delivered by our friend Mario from Abu Dhabi. Fantastic parts, nice and nostalgic, perfect for our bike.

Our main concern was to prove our turning and milling skills on the BBO bike. And so pretty much every part was first designed in the CAD program and then made in our production. In terms of materials, we concentrated on brass and aluminum. During the work Fabian had the idea to combine both materials in one part. And so he conjured up a brass inlay in the aluminum block for the kick arm and the footrest levers.

Another highlight: the handlebar - completely without cables and without levers! The clutch is pulled via rotary clutch, an adaptation of our internal throttle cable, which is of course also installed. The brake - a 4-piston special design - is controlled via the foot lever in the front and rear. The handlebar itself is soldered from several layers of stainless steel, leaf spring look. In addition, it is also the triple clamp. For grips and detents a new, roughly knurled design was put on which we - by the way - as "Edition BBO" also included in our range. The bike should again offer some contrasts and contrasts: sporty & nostalgic, round & angular, aluminum & brass, modern & old school. The speedometer comes from MMB-Messtechnik, who also designed the display according to our wishes. A fine thing and super nice guys there!

We really wanted to leave the usual space for the oil tank under the seat free. Basti (Attenberger, Traditional Motors), our specialist for bending sheet metal, suggested to split the tank into 3 parts. One part for oil, two parts for gasoline. The shape of the Springer fork was used as a reference. Seat shell, rear fender and exhaust were also made by Basti's experienced hands. He did not let himself be lumpen and delivered 1A craftsmanship.

The scene is a village, and so it happened at some point that Flo from the Engelsschmiede offered us his help. Well, it can't hurt to have the BBO winner of the Emirates on board, too, and there was one more helper. And so our team was well prepared.

On the weekend of the fair itself, time flew by. The guys worked hand in hand, the painter finished some engraving work directly on stage. When it came to the end on Sunday afternoon around 13:30h, our asses were on fire. Will the car start?! First Yuri's team had a few attempts, then ours. Both had to readjust. Then Yuri's Ducky started. My brother was still kicking. The tension with all of us was enormous. And then finally: SHE RUNS!!! Tears welled up in my eyes. What a joy!!! I jump on the stage and fall around my brother's neck. What a thriller! It's on, we didn't embarrass ourselves. The DEEP THROAT looks mega. It is also the first time we see her complete with all parts and in color.

Then the decision. Both teams are on stage with their bikes. The presenters announce that they have recounted at least four times. The result has never been so close. Only 7 votes are decisive in the end. 225 to 232. And then, the winner is: Yuri Shif! Oh boy! Disappointed faces among my boys on stage. Fabian and my dad look especially crestfallen. But they can be so proud of themselves. My brother, who is 28 years old, has built his second complete custom bike, otherwise we have only rebuilt series HDs. He has presented his construction and turning and milling work well. But when you work so long on such a project, put so much sweat and heart and soul into it, and it runs so close in the end ... yes, you can understand that the joy is not particularly great. But well, Yuri was a tough opponent. His bike is sensational, there's no question about that. We run into each other a few times at the show. He smiles so sympathetically, congratulates us on the successful bike, shows honest respect. You definitely can't be angry with him and all together it was a great experience for us.

Sorry if I have placed so much text here. But this project was so great. Even if we didn't win. It was a lot of fun and we would like to thank all the helpers and supporters:

Mario Kyprianides - Chopper Kulture - rocker boxes, headlight, taillight as well as advisor for all topics around "Biker Built Of" and engines
Sebastian (and Florian) Attenberger - Traditional Motors - tank, seat, fender, exhaust and the most beautiful, hand-carved footrest holder plate .. after we left ours at home
Florian Engel - Engels Schmiede - powder coating of frame and fork as well as expert support on stage
Ricky Luschnat - MMB Messtechnik - speedometer with dial in own design - probably the most beautiful way to pay attention to the speed
Lars Gerke - Staalfabrik - The matching clock to the bike - a unique design the future owner can look forward to

And to my guys here I would like to say "thank you" again. Klaus Schreiber, who has been working for us for more than 20 years and is an ace at screwing as well as at the CNC machine. To my dad Werner Müller, who in his old age still takes part in such nonsense, but still gives us a free hand with advice. And especially my brother Fabian, who first dared to do the whole thing and then in the end realized it so grandiosely.

You can get an insight into the making of DEEP THROAT in our new video:

And here you can see the pictures and report of the Making Of of the movie: